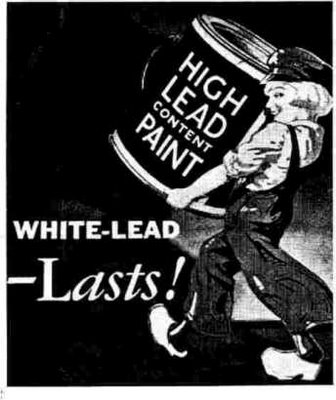 Lead exposures in the general environment and in the workplace (thanks to OSHA) have come down substantially over the past few decades. But not far enough, according to a new study:

Among adults, elevated levels of lead exposure have been found in recent years to raise the risk of high blood pressure and kidney disease. But now comes news that levels long considered safe for adults are linked to higher rates of death from stroke and heart attack. The latest study was published in the Sept. 26 issue of the American Heart Assn.'s journal, Circulation.

The authors speculate that lead exposure may stress the kidneys' ability to filter blood "alter the delicate hormonal chemistry that keeps veins and arteries in good tone."

The problem for workers is that OSHA's lead regulation considers up to 40 micrograms of lead per deciliter of blood to be safe for adults (and the Centers for Disease Control says that 10 micrograms is safe for women of childbearing age), but the study found that:

So what should OSHA do?

Paul Muntner, an epidemiologist at Tulane University and one of the study's authors, says the findings suggest strongly that the federal government should revisit the limits of lead exposure it considers safe for adults. In total, about 120 occupations — including roofing, shipbuilding, auto manufacturing and printing — can bring workers in contact with high levels of lead.

I guess no one told him that OSHA has pretty much gone out of the regulation business -- unless forced by the courts.