"People are dying because of their language"

This is a speech given by Elisabeth Milos, an interpreter for injured workers, at a Workers Memorial Day rally at the state Capitol in Sacramento, California on April 28, 2005

I am speaking here today as an independent interpreter in the Workers Compensation system to address my concerns about Non- English speaking injured workers.

Non-english speaking workers have the right to neutral qualified interpreters yet according to an article from the the New York Times on April 21, 2005 by Nina Bernstein "People are dying because of their language." Non english speaking workers such as a construction worker, had to rely on the interpreting abilities of his 7-year-old cousin, to tell him that he needed an amputation.

"The child said, 'I'm not sure if they said foot or said toe,'" Later it was learned that it was the man's third trip to the emergency room after a construction accident that had crushed his toe weeks earlier. Unable to explain his symptoms in English, he reported, he had been handled dismissively until he returned with his big toe blackened by gangrene.

Later, after the toe was amputated, he had to rely on a patient in the next bed to translate the doctors' instructions for postoperative care.

Another patient, a newly pregnant immigrant from Mexico with life-threatening complications, doctors pressed her to sign a consent form in English for emergency surgery. Understanding that the surgery was needed "to save the baby," the young married woman awoke to learn that the operation had instead left her childless and sterile.

Typical were cases like that of a woman who had to rely on her English-speaking Korean cabdriver to translate a doctor's directions for treating her 11-year-old son, or the woman who minimized her symptoms of depression because the person translating was her 13-year-old son. 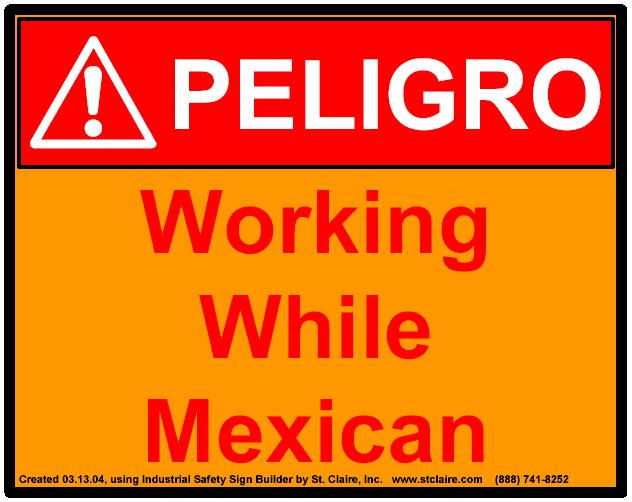 These are the dangers that non-english speaking patients in general and injured workers in particular face without the right to a neutral, qualified interpreter.

As an interpreter in the workers compensation system, I have met countless injured workers who stated that they did not have access to qualified interpreters to explain their symptoms to the insurance doctors, or to interpret the claim forms which state what body parts were injured and how the injury occurred.

In some cases, workers have complained that the insurance company has refused authorization for doctors to treat certain body parts because they were not listed as part of the original injured body part on the claim form or during the first trip to the emergency room.

Some have undergone expensive and debilitating back surgery without realizing that the possible consequences of that surgery could result in severe chronic back pain and even paralisis.

Why? Because some of the insurance claims adjusters, hospitals and/or the employers did not comply with the law and did not provide neutral, qualified interpreters for the non-engllish speaking injured workers.

In some medical legal settings, doctors try to coerce the non-english speaking worker into speaking English, however limited his english speaking skills may be, even in the presence of a neutral, qualified interpreter, because they believe that this might make it faster for them and become annoyed with the worker when they are unable to answer their questions.

In other situations, providers have been known to use their bilingual clerical staff to interpret in order to cut down on medical legal expenses.

What is a qualified interpreter?

What does a neutral, qualified interpreter do?

Qualified, neutral interpreters provide the Workers Compensation system with a clarity and transparency which result in less litigation that would otherwise arise out of misunderstanding due to language barriers.

Bilingual clerical staff no matter how well they may speak the language whether they are employees of the provider, the applicant’s attorney or the insurance company are not neutral, because they are not bound by the ethics of the Judicial Council. I would even go further to state that even if this staff were to become certified, if they are employees of any of the parties involved where there are financial interests derived from the rendering of interpreting services, this constitutes a conflict of interest.

Non-English speaking workers have the right to a neutral and qualified interpreter. This is a right that should be preserved.

Thanks to Steve Zeltzer for the source