Our good friend and colleague David Michaels is this year’s recipient of the prestigious Award for Scientific Freedom and Responsibility from the American Association for the Advancement of Science. Michaels is research professor and associate chair in the Department of Environmental and Occupational Health at George Washington University’s School of Public Health and Health Services

The award is given annually by the AAAS

to honor individual scientists and engineers or organizations for exemplary actions that help foster scientific freedom and responsibility. The award recognizes outstanding efforts to protect the public’s health, safety or welfare; to focus public attention on potential impacts of science and technology; to establish new precedents in carrying out social responsibilities; or to defend the professional freedom of 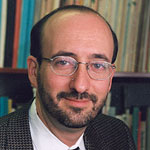 And no one is more deserving.

Confined Space readers know David from a number of articles he's written defending the integrity of science from attacks by corporate intrests using (and misusing) such tools as the Data Quality Act and the Supreme Court's Daubert Decision (here, here, here and here)

Dr. Michaels was also visible in the debate over a proposed executive branch policy that was designed to give the Office of Management and Budget more oversight and control over regulatory decisions based on scientific or technical data. He, along with others, objected to the initial proposal on the grounds that it could harm scientific research. Another aspect of scientific integrity to which Dr. Michaels has directed his energies is what he terms “manufacturing uncertainty.” He contends that both industry and the government undermine science that points to the need for additional regulation by overstating the uncertainty that accompanies all science. By emphasizing the uncertainty and ignoring scientific consensus, those opposed to new or stricter regulations are strengthened in their public positions.

But before all that, Assistant Secretary for Environment, Safety and Health at the U.S. Department of Energy from 1998 to 2001, David helped earn recognition and compensation for the thousands of American veterans of the cold war nuclear weapons industry who had been suffering from cancers and other diseases due as a result of their exposure.

They were seeking compensation for chronic and often fatal illnesses that may have been caused by exposure to materials used in the U.S. weapons program. The now-aging workers were required to litigate their claims on a case-by-case basis, a process that could take years to reach a resolution. Although they were experiencing life-threatening occupational illnesses at a higher-than-expected rate, the government insisted on keeping secret the very information that could have helped prove the validity of their claims.

Seeking justice for these individuals, Dr. Michaels took on powerful interests in his own agency and in the U.S. Department of Defense (DOD) to uncover previously secret records documenting exposure to radiation and beryllium at work sites, as well as more than two dozen scientific studies demonstrating the high risk of cancer deaths among these workers. His efforts led him to be cited as the architect of a historic initiative, the Energy Employees Occupational Illness Compensation Act of 2000, which guaranteed that workers be compensated for illnesses likely caused by occupational exposure. The knowledge that Dr. Michaels gleaned from the long-secret documents led him to successfully fight for stricter limits on exposure to beryllium, once again overcoming objections from DOD and industry.

Some career for such a young guy.

It's nice to see people recognized for fighting to make peoples' lives better -- particularly in these "greed is good" days of tax cuts for the rich, political corruption and malfeasance among agencies created to protect workers.

So contratulations David. But don't let it go to your head. You haven't really made it until you're trashed by the Wall St. Journal.