As I was picking the gravel and splinters out of my teeth after I fell off my mountain bike for the third time yesterday, I decided it was time for a water and shade break from the 95o heat. As my body temperature dropped to safe levels, I suddenly remembered that I had neglected to write about the new California heat standard.

Thirteen California workers died last year from heat-related illness. In response, CalOSHA adopted an emergency heat standard last August, and last week, the Cal/OSH Standards Board issued a final standard last week, but the Board missed an opportunity for a truly preventive standard.

The regulation, which has been in place in largely the same form since last August as an emergency standard, requires employers to provide workers access to potable drinking water of at least one quart per hour for the entire shift. Employers providing plumbed water are not bound by the quantity requirement.

The standard also requires employers to provide shade for employees who are either suffering from heat illness or who need a "preventive recovery period." Non-agriculture industries are allowed to provide alternative cooling methods, such as misting machines, but the burden will be on employers to demonstrate that they are as effective as the shade requirement. DOSH Acting Chief Len Welsh told the board that the Division will cite employers if the alternatives are found not to be at least as effective.

The heat illness regulation also requires employers to train workers and supervisors on the risk factors for heat illness, how to avoid it, the employer's procedures for complying with the standard and emergency procedures if an employee becomes ill.


Although the standard is a major advance in workplace safety, many California experts were highly critical of the standard, mainly because it only requires employers to provide shade breaks if the employee requests it, after he or she is already "suffering from heat illness or believing a preventative recovery period is needed."

Fran Schreiberg, co-ordinator of Worksafe (a California coaltion for workplace safety and health protection), protested that workers would be too scared to request breaks. University of California at San Francisco Professor of Medicine Robert Harrison who was a member of the Cal OSHA Standards Board before he was recently replaced by Governor Schwarzenegger, called the standard "a good first step." While on the Board, Harrison also recommended a more comprehensive standard that gives workers rest breaks before symptoms occur. "If we rely on workers to report their symptoms it may be too late," according to Harrison.

WorkSafe also argued that shade should have been made available during preventative recovery periods, meal periods, and during other rest periods the employer provides, and that breaks should be a minimum be for 10 minutes, instead of 5 minutes that the standard requires. Finally, WorkSafe advocated for written training and emergency plans "so that there is a clear understanding of what the employer is doing."

Harrison said that now that the standard has been approved without giving workers rest breaks before symptoms occur, it is even more important that employees and employers receive training, that the rule be enforced and that the results are tracked in order to determine whether or not the new standard works to prevent serious heat-related illness and deaths. Schreiberg also doubts that Cal OSHA has the resources and staff necessary to enforce the standard.

More information on the hazards of heat can be found here: 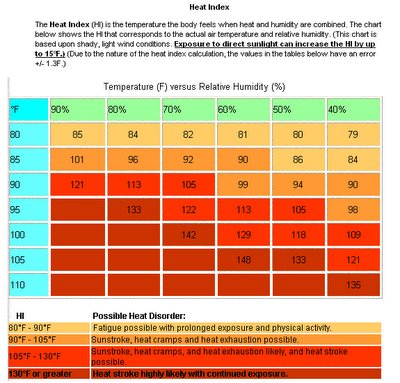