Just a little reminder of how your government works.

First, we have a note from our friends at the Industrial Minerals Association of North America (IMA-NA), which is "is committed to measures that support freedom and promote our essential products," according to its legislative Action Alert. (Perhaps one of my readers could explain to me the connection between "supporting freedom" and "promoting their essential products.") 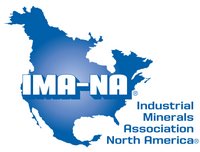 The IMA-NA is asking its members to call their Congressional representatives to in support of Charlie Norwood's "Workplace Safety and Health Transparency Act of 2006" (H.R. 5554). HR 5554, as you may remember, is the chemical gag rule that would, among other things, keep any voluntary industry chemical standards from being listed on Material Safety Data Sheets that workers use to determine the possible health hazards of the chemicals they are being exposed to.

One of the IMA-NA's "essential products" is industrial sand, "a term normally applied to high purity silica sand products." Silica, which can cause fatal diseases like silicosis. And evidence has been building for years that silica also causes cancer.

In fact, silica provides the prime example of how Norwood's bill, if enacted, would mean death for workers exposed to silica. Ten years ago, the International Association for Research on Cancer (IARC) designated silica to be a carcinogen (a chemical that causes cancer) and the American Conference of Governmental Industrial Hygienists (ACGIH) lowered its Threshold Limit Value. Since then, the evidence of silica's carcinogenicity has grown and OSHA -- which still enforces a hopelessly outdated 1966 standard, is currently working on a revision. Yet it is exactly these IARC and ACGIH standards that Norwood's bill would keep off MSDSs and away from workers eyes'.


I guess that's what the IMA-NA means by "supporting freedom" -- the freedom, in the words of George Washington University professor David Michaels, for chemical producers and users to "continue to expose workers and the public to deadly hazards, and do so without interference by public health authorities and without the threat of legal action by those injured by their negligence."

Patton Boggs attorneys Marc Savit and Henry Chajet are offering seminars on the MINER act and new mining regulations. I wrote recently about a speech Savit made complaining that all the political and public relations problems those troublesome mine disasters have been causing the mining industry. Chajet, meanwhile, along with Patton Boggs, have been the prime movers behind Charlie Norwood's "Workplace Safety and Health Transparency Act of 2006" (see above).

Now there's nothing wrong with educating people about new legislation. The problem I have is with Patton Boggs' advertising materials where they boast:

Among the nation’s premier mine safety attorneys, Chajet and Savit have successfully defended thousands of MSHA investigations and enforcement cases, improved MSHA enforcement definitions and procedures through lobbying and litigation victories, taught thousands of management personnel their rights and duties and inspection strategies, and helped make MSHA policy as operator-friendly as possible, given its inherent faults and difficulties.

"Thousands" of investigations and enforcement cases? Busy men. And is making MSHA policy "as operator friendly as possible" supposed to be a good thing? Not for the miners.

The Mine Safety and Health Act of 1977 directs the Secretary of Labor "to require that each operator of a coal or other mine and every miner in such mine comply with [MSHA] standards," not to be "as operator friendly as possible."

Of course, that was before Patton Boggs was running things in this town.