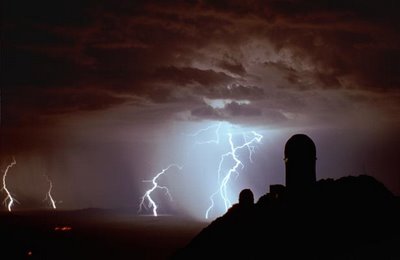 I have been lucky enough never to have a tragedy in my immediate family. I've never lost a loved one in an accident.

But one thing I've learned after working many years in workplace safety is that families need some kind of closure when their loved is killed in a workplace accident, and they rarely get it, particularly from OSHA or other agencies that are tasked with investigating the incident and issuing citations. All too often I hear stories from parents or spouses that they never really got the whole story on what exactly happened to their husband or daughter, and what the real causes were. Too often they're just given a list of OSHA violations, a short summary of the cause of death, and whispered allegations that the victims themselves were at fault for being careless or negligent.

So it was completely understandable how upset the families of the miners killed in the Sago disaster last year were following the release of the state of West Virginia's report on the tragedy by Ronald Wooten, director of the state Office of Miners’ Health, Safety and Training.

On Monday, Wooten came under heavy criticism from families of the Sago victims after a private meeting that was billed as a briefing for families on the state’s new report on the disaster.

Families were upset when Wooten simply provided them with copies of the thick report, told them lightning caused the disaster, and asked for questions.

When families asked questions, they were told the answers were in the report and that they should read it.

Families had expected a more detailed — and understandable — briefing, similar to one that was provided a month ago to families of the two miners killed in the Aracoma Mine fire.

Also, families became angrier when they learned that Wooten’s agency had posted the report — or at least one version of it — on its Web site hours before the family meeting. Families had thought they would learn the report’s contents first, but by the time their meeting ended, the report was all over the news.

The report was then withdrawn, initially because it was to be re-written, but later Wooten said that they were only preparing a better briefing for the families.

Wooten came under significant criticism when he was appointed due to his controversial career in the coal industry as former vice president of safety for CONSOL Energy Inc. from 1983 until 1998, a lawyer and lobbyist for CONSOL before that, and a lawyer for the American Mining Congress, an industry group.

A couple of other things. Even if lightning was involved, it was only one cause of the disaster. To be more precise, it may have been the ignition source of the explosion. But the explosion itself only killed one of the miners, and then only because the seals behind the closed off part of the mine didn't hold. The others died from asphyxiation for a number of reasons: the respirators either malfunctioned or the miners were not trained to use them properly (or both), it took too long for the rescue team to enter the mine, rescuers had no way to locate the miners, and the miners had no way to communicate with the surface.

In other words, simply telling the families that "lightning caused the disaster" period, end and go read the report yourselves was at best insensitive, and at worst ignorent, incompetent and not a statement that someone heading up the state's mine safety office should ever have made.

To make matters worse, the Associated Press reported that Wooten

told relatives of the Sago Mine disaster victims that he "wouldn't want to be in there" if another electrical storm rolled over an active underground coal mine with a worked-out, recently sealed area, the brother of one victim said today.

Yet the state has taken no action to change its rules and regulations.

John Groves, whose brother Jerry was among 12 men who died in or after the Jan. 2 blast, said the comment came in a private meeting earlier this week as he and others questioned Ron Wooten, director of the state Office of Miners' Health, Safety and Training.

The families asked Wooten a series of questions about how the state would respond now that its investigation report has blamed lightning for causing the Sago explosion. They then pressed the point on active mines with newly sealed areas, asking what he would do.

"I wouldn't want to be in there," Wooten allegedly replied.

Several other people who were in the room at the time told The Associated Press the same account of that conversation.

Wooten's comment prompted a response from the United Mineworkers:

"I think there are 14,000 coal miners in West Virginia that wouldn't want to be in there, either," said United Mine Workers spokesman Phil Smith, when told of Wooten's remark.

Since learning the state would join Sago Mine owner International Coal Group Inc. in blaming lightning, the UMW has called for new regulations that require miners to be evacuated when an electrical storm is approaching.

Wooten's simplistic explanation was even a bit too much for MSHA head Richard Stickler. MSHA is preparing its own report on the Sago disaster:

Stickler indicated a partial answer on the cause from his team would not be acceptable.

"If it was lightning, how did it get in the mine? If you don't know that, you don't know how to keep it out, do you?" he said. "There's questions there we need the answers to."

Stickler also seemed to learn a lesson from Wooten's presentation:

Stickler said he will be present when his agency's report is given to the Sago families, and that they will have the chance to question the investigators.

"We will give them copies of report, but not necessarily expect them to sit there and read the report and know what's in it," he said.

I'm sure the families would appreciate that.