FEMA to OSHA: Thanks, But No Thanks

OSHA was severely criticized following 9/11 for not ensuring the workers used proper respiratory protection following the collapse of the World Trade Centers. Thousands are disabled as a result.

While the controversy about the appropriate role for OSHA during disasters continues, one thing on which everyone agrees is that the workplace safety agency has a crucial role to play in supplying life-saving information to rescue and recovery workers who may be doing jobs that they haven't been trained to do, without the proper protective equipment. The scale of the disaster across the entire Gulf Coast, combined with the potential health problems created by the toxic New Orleans flood will most likely dwarf the effort that OSHA made following 9/11.

To its credit, the agency was apparently ready to spring into action after Katrina (as its emergency plan directed), but according to documents obtained by the Wall St. Journal, they ran up against the same FEMA screw-ups that we've been hearing so much about.

In one instance, federal environmental health specialists, who were charged with protecting both rescue workers and evacuees, weren't called in by the Department of Homeland Security until Sunday -- 12 days after the Occupational Safety & Health Administration announced it had teams from various agencies standing by ready to assist. Even now, with mounting evidence of environmental problems, the deployment is being held up by continuing interagency wrangling, according to officials at the National Institutes of Health, which also is involved in the effort.

Jonathan L. Snare, Deputy Assistant Secretary of Labor for OSHA, said he was prepared to offer the full resources of the agency to help protect the safety and health of workers responding to Katrina.

Health and safety experts play an important role by testing the environment at a disaster for toxins, disease and pathogens. They then advise rescue workers about needs for protective clothing for themselves as well as for the people they are trying to move from harm's way.

The National Response Plan gives OSHA responsibility to coordinate efforts to protect and monitor disaster workers and victims from environmental hazards.
But the part of the plan that authorizes OSHA's role as coordinator and allows it to mobilize experts from other agencies such as NIH wasn't activated by FEMA until shortly before 5 p.m. Sunday. The delay came despite repeated efforts by the agencies to mobilize.

By Friday, experts and officials from NIH, the Department of Labor and the Environmental Protection Agency began to make frantic calls to the Department of Homeland Security and members of Congress, demanding that the worker-safety portion of the national response plan be activated.

No reason has been offered by either FEMA or the Department of Homeland Security for the delay in activating OSHA's role.

Some Homeland Security officials are already starting to acknowledge significant weaknesses in the national response plan, which was completely disregarded at times during the crisis.

Hopefully this particular screw up was just another of the many that have been documented and not a deliberate neglect of worker safety. Nevertheless, OSHA's response does raise a number of issues that will need to be addressed in the coming months and years: 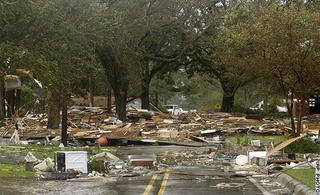