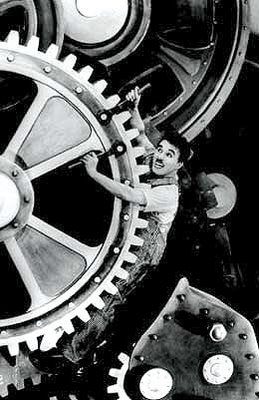 OK class, today we're going to look deeply into two of OSHA's most popular sacred cows: Prevention and "Safety Pays" (or the business case for safety and health).

Let's start with this line from a speech that Assistant Secretary of Labor for OSHA Ed Foulke made last August to the Voluntary Protection Programs Participants' Association (or as we affectionately call them, the V-P-P-P-P-P-P-P-P- P-P-P-P-P-P-P-A.) Had I read it in August, I would have presented Mr. Foulke with Quote Of The Month award and given him a Confined Space T-Shirt (if such a thing existed):

Let me be very clear: To end fatalities, injuries and illnesses on the job, I believe there is nothing more effective than prevention. (emphasis in the original)

Now read that line again. How stupid is it? Let me count the ways.

First, it's a tautology, defined as "a statement true by virtue of its logical form" or less prosaicallly, "use of redundant language that adds no information."

Essentially what he's saying is: "To prevent fatalities, injuries and illnesses on the job, I believe there is nothing more effective than prevention.

Yeah, I've always said that when it comes to preventing things, there's nothing like a little prevention.

Or, to put it another way, that line is something like saying "To end hunger, I believe there is nothing more effective than eating."

In other words, like much of this administration's programs, it sounds good, but it's totally meaningless.

Actually, however, there is some method to their madness. Prevention has become kind of a fetish for this Republican administration. They have established a false distinction between enforcement which they see as coming after the incident (bad), and prevention (emphasis on the "pre") which they see as coming before the incident (good). Enforcement is done with standards, citations and penalties (bad), whereas prevention is conducted with compliance assistance, teaching employers how to make their workplace safe, and gently persuading them to do so (good).

Now let me be very clear: Everyone believes in preventing work-related fatalities, injuries and illnesses before they happen (to put it redundantly). Prevention is what it's all about. And enforcement (as well as compliance assistance) are different ways to "persuade" employers to actually take the steps needed to ensure a safe workplace in order to prevent incidents that result in fatalities, injuries and illnesses. One can argue about whether enforcement is more effective than compliance assistance, but both are equally concerned with prevention.

SAFETY PAYS (The Business Case For Safety and Health)

With great fanfare, OSHA issued a press release last week announcing that OSHA Makes the Business Case for Safety and Health. The new initiative was basically a new web page, sponsored by some new Alliances, containing a number of articles about how costly it is to a business when they injure and kill their employees.

Basically, the new initiative is a re-dedication of the same old OSHA slogan that "Safety Pays."

Now, of course, on the surface, there's nothing wrong with trying to convince business that "Safety Pays," nor is there anything wrong with giving them all the facts, such as:

In its 2005 Workplace Safety Index, Liberty Mutual estimated that employers pay almost $1 billion per week to injured employees and their medical care providers.

But looking at it a little deeper, it's clear that OSHA's attempt to make the "Business Case" for safety and health is really an admission of failure. It's an admission that most employers won't make their workplaces safe just because it's the right thing to do, nor will they make their workplaces safe because the law says they have to. Instead OSHA has to cajole and persuade corporate executives to do what they're apparently too stupid to have figured out for themselves.

But this isn't an easy argument for OSHA to make, despite arguments that make sense on the surface. As OSHA's web page says:

Employers that invest in workplace safety and health can expect to reduce fatalities, injuries, and illnesses. This will result in cost savings in a variety of areas, such as lower workers' compensation costs and medical expenses, avoiding OSHA penalties, and reduced costs to train replacement employees and conduct accident investigations. In addition, employers often find that changes made to improve workplace safety and health can result in significant improvements to their organization's productivity and financial performance.

But is this all true? I don't get the feeling that there are many experts outside of some right-wing think tanks that still believe that what employers pay in Workers Comp rate increases actually covers the full cost of workplace accidents, or that OSHA penalties actually provide a real incentive to motivate employers to provide safe workplaces. Medical costs aren't paid directly by employers (although they are a major factor in the rise of workers comp insurance premiums.) It's true that training skilled replacement workers can be costly, but that doesn't necessarily hold true for lower skilled workers when you can easily pick up some new ones down at the 7-11 after the old ones fall off the building, chop their fingers off or blow out their backs.

And even in the best of circumstances the "business case" is hard to make to many employers. Why? James Reason, a psychologist who writes about human error and the systemic causes of workplace incidents, explains the problem. First, there's an obvious conflict between production and safety. If a company is strapped for cash and has a choice between putting money into increasing production or into safety, what will they choose -- and why? First, there are differences with their certainty of outcome:

Resources directed at improving productivity have relatively certain outcomes; those aimed at enhancing safety do not, at least in the short term. This is due in large part to the large contribution of stochastic [random]elements in accident causation.

Although as a society we have far too many work-related fatalities, injuries and illnesses, for individual business, major events (fatalities and serious injuries) may be costly when they occur, but they occur relatively infrequently. (Many work-related illnesses -- if detected at all -- won't manifest themselves for years or decades.)

The second difference is the nature of the feedback:

The feedback generated by the pursuit of production goal is generally unambiguous, rapid, compelling and (when the news is good) highly reinforcing. That associated with the pursuit of safety goals is largely negative, intermittent, often deceptive and perhaps only compelling after a major accident or a string of incidents. Production feedback will, except on those rare occasions, always speak louder than safety feedback. This makes the managerial control of safety extremely difficult

Furthermore, if the worst does happen, employers are just as likely to blame it on a few careless workers rather than the absence of a comprehensive safety program.

The real bottom line is that safety ishard to sell as a "product" using a "business case" if the benefits of the "product" are hard to detect, and the penalties for not "buying" the product occur very rarely, may not be very severe, and can be blamed on a bunch of people you can easily get rid of.

Now let's pull our heads out of the academic arguments and look at the real world. How many companies see their stock prices fall or their profit margins go down because they don't have effective safety programs? None.

Large scale catastrophes, on the other hand, such as the March 2005 explosion at BP's Texas City refinery that killed 15 and injured 170 may have caused the company's stock to take a hit, but not so much because of the killed and injured employees as the potential loss of production. BP did announce that it was reserving $1 billion to deal with the aftermath of the incident, but much of that went to maintenance and systemic changes in their production and safety systems that were way overdue anyway. (And we know that BP CEO Lord John Browne's bank account isn't suffering too much as a result of the disaster). If BP had killed 15 people on 15 different days spread throughout the year, neither the stock market, nor BP's bottom line, nor the media would have noticed. And I imagine the total amount of OSHA fines in that case would have been much less than the $21.3 million citation for the 2005 explosion.

Now, I'm certainly not saying that safety professionals shouldn't be emphasizing that incidents that cause injuries or fatalities can be unexpectedly costly to the company's bottom line, particularly if they kill more than a few workers at one time, damage their corporate image and interfere with production. But how successful will OSHA be explaining to corporate executives that they don't really know what's good for them? If safety really paid all the time for all of them, wouldn't they have figured it out for themselves, instead of having to hear it from a bunch of lawyers and industrial hygienists masquerading as business geniuses?

And what if, in some cases, safety really doesn't pay. What if the cost of implementing safer production processes and safeguards really does hurt the corporate profit margin? Does OSHA then say "Oh, sorry, never mind. Go on about your business?"

Finally, at what point do we realize (and do we force our politicians to realize) that we live in an economic system that tends to encourage individual employers to look more toward short-term profit than their employees' health (or even their own long-term economic survival). And that the only way to control these natural and understandable systemic behaviors is to have strict mandatory safeguards and severe, meaningful penalties for violating them?

Arguing, cajoling, reasoning, persuading and educating are all good and worthwhile things, but the fact is that Congress, in its wisdom, finally decided in 1970 that these methods had failed to prevent the loss of workers' lives and that a much stronger medicine was needed to ensure proper behavior of corporate executives in our nation's workplaces. Which is why OSHA's "Business Case" campaign makes me think we're driving full speed -- in reverse.