Ex-OSHA Director Settles Lawsuit Over Workplace Death Of His Son

Many of us workplace safety and health oldtimers (geezers) not-so-fondly remember Thorne Auchter, Ronald Reagan's first chief of OSHA. Auchter attempted to undo much of the work of Jimmy Carter's chief, Eula Bingham, who labored to make OSHA into an agency serious about preventing workplace death, injury, and particularly workplace illness, after years of neglect by Richard Nixon.

The principal overall change that Auchter sought was the eradication of the "prevailing adversary spirit" among labor, management and government. Specifically, he intended to promote greater labor management cooperation and to involve both sides in the formulation of programs and policies at OSHA. 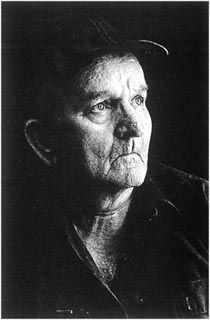 A week after his arrival, Auchter was shocked to find that the cover of an OSHA publication on Cotton Dust displayed a photograph by Earl Dotter of a cotton dust victim, Louis Harrell. Auchter, believing the cover to be inflammatory, ordered the remaining publications destroyed and reissued the document with no photo on the cover.

OSHA's staff was slashed from 3,015 in 1980 to 2,355 in 1984; one third of its field offices were closed; and its inspection staff reduced by 25 percent. Workplace inspections declined from 63,363 in 1980 to 59,452 in 1986. He was known for unilaterally dismissing citations against companies if he thought OSHA inspectors had been too aggressive. After a tumultuous few years, marked by open warfare between labor and OSHA, Auchter resigned in 1984.

That was about all we heard about Thorne Auchter until tragedy struck on Feb. 24, 2000 when his 22-year-old son, Kevin Campbell Auchter, a culinary student who worked as a demolition laborer, was killed on the job during the demolition of two silos at the Monterey Coal Co. in Missouri.

Auchter, 22, of Glen Arm, Md., was preparing one of the silos for implosion when a 40- to 70-ton chunk of concrete was jarred loose from within the silo and landed on Auchter, who was killed instantly.

On the morning of the accident, RBS Excavating was instructed by Ciminelli to bring in a larger excavating machine to speed up the chipping of a portion of the silo in preparation for implosion, according to the complaint.

The machine operator chipped away, causing the large piece of concrete to fall, the complaint alleged. No demolition engineering survey was prepared prior to the concrete's removal.

OSHA cited the contractor, Ciminelli Services Corp., for two serious citations and fined them $14,000 for the death of Kevin Auchter and another worker who died in the same accident.

A $14,000 OSHA citation isn't much for the loss of your son. Would a more aggressive agency have made a difference, maybe deterring employers from risking their workers' lives? Hmmm.

Auchter sued Ciminelli Services and the subcontractor, RBS Excavating. Just before selecting a jury for the trial scheduled to begin on Monday, the case was settled for $2.3 million.