The National Council on Occupational Safety and Health (National COSH) released a report today listing twelve companies -- a dirty dozen -- whose reckless disregard for their employees’ safety and health has had tragic consequences for workers and their families. Coinciding with Workers Memorial Day, April 28, the report announces a new National COSH campaign, “Stop Corporate Killers” which calls for an overhaul of the regulatory system to ensure that workers realize the right to a safe and healthy workplace that the Occupational Safety and Health Act promised. 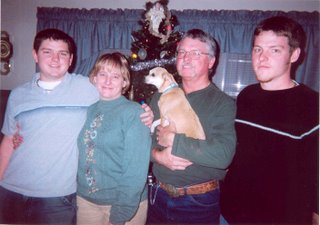 Donald Coit Smith, whose son (far right in the photo) was killed last year in a meatpacking fatality, stated that:

Another death incident was posted at OSHA. A company in North Tonawonda, New York was cited $60,000 for 20 violations as a result of Corporate America not caring. No lockout procedures, no employee training, no lockout inspections just to name 3 of the citations given. OSHA does not have the power to stop these killings. Our legislature and lawmaking entities MUST TAKE CHARGE and quit covering up for companies killing people. Violations of the law, especially where death is concerned, must carry stiff penalties to include long jail terms. There's no difference in what happened in New York and someone getting run over by a drunk driver...except the laws protect companies. They are, in effect, getting away with murder.

A Spanish language copy of the report can be found here.