The Future Of (Some) Work-Site Enforcement 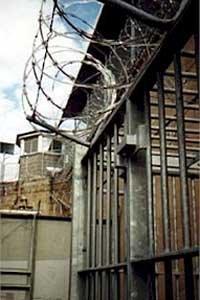 Think employers shouldn't get away with just a fine for killing workers? Well, here's good news for all of you fans of criminal prosecution. The Bush administration seems finally to be catching on:

One thing we have learned ....is that simply fining employers ... doesn't work. [The federal government] invested substantial time and effort in issuing proposed administrative fines against unscrupulous employers, only to see the fines ignored, paid in an untimely manner or reduced to nothing. For many employers, these fines amounted to a cost of doing business. They were no deterrent.

We can achieve far greater respect for the law among employers by bringing criminal prosecutions and seizing assets derived from illegal employment schemes. The prospect of 10 years in federal prison and losing that new home and car to forfeiture has much sharper teeth than a small fine. This is the future of work-site enforcement.

Myers' bureau is the same one that did such a great job of impersonating OSHA staff last year in an effort to nab undocumented workers in North Carolina. Maybe OSHA should now return the favor by copying some of ICE's new found zeal for tough enforcement.

There's a lesson here. If you can raise an problem to such a frenzy that it becomes a major election issue in an election year, politicians will respond.